This weekend in Sacramento someone put on a convention called From the Land Beyond. We really are not a convention town, as Sacramento is not a major city. But although its not really on the cusp of becoming one either, with one million people in the region its not a small town either. From the Land Beyond was a SF/Anime/Horror convention. I went on day two, September 27th, and had a great time. With admission costing only $10, I honestly did not even consider not going.

It was a pretty typical convention. Actually, I think that I should let you know that I have not been to a SF convention for years. I have stepped into a few here out west since moving in 1996, but I have not been a SF convention goer since I was in my teens. Washington D.C. had some great ones, large and small back in those days. The cons out here in the west tend to be enormous enterprises in sucking the money from your wallet, and were a far cry from the charming gatherings of fans with common interests that occasionally happened in my youth. Well, this con was ALL about hanging out and having a good time. There were very few "advertising opportunities," the corporate assholes were absent, and there was no ham-handed attempts to hook us into the next big thing. Too bad that wont last if this event succeeds for too many more years, but it was nice to experience now. Literally, it was just the fans and a few actors and comic artists. Very low key, very cool and very fun.

The convention was absolutely loaded with "stars." I saw presentations with a few of them, and they were generally pretty good. Wil Wheaton was a lot of fun. For those of you who don't know, he played the boy Wesley Crusher on the first few seasons of ST:TNG, and was in the film Stand By Me, perhaps the greatest Stephen King adaption ever. He's pretty Hollywood, seemed to be a bit taken with himself, but he spoke about the ST:TNG episode The Inner Light, which is probably the best episode of SF ever written, save maybe for the BSG episodes 33, and Flesh & Bone. In The Inner Light the Enterprise encountered a probe just floating around in space between the stars. They came out of warp to examine it, and the probe shot a beam into Captain Picard's head and knocked him out. When he wakes up he is on an alien planet, he is a very young man, his name is Kamin, and he has a rich life, a wonderful family, great friends and an amazing career in science. Picard fights at first, but eventually figures out that he is not going to be returned to the Enterprise anytime soon, so he begins to fall into the life of Kamin. He lives this person's entire life and eventually becomes Kamin, and forgets about his life as Picard. Kamin learns in his scientific career that the sun in the system he is in is beginning to enter its late stage life, and before his children and grandchildren die, his planet will be consumed. He convinces a skeptical government to allow him to launch a probe into space that has the sum total of all his race's knowledge. The probe eventually is launched when Kamin is a doddering old man, and as he watches it arc up and out, everyone from his long, rich and beautiful life reappears, young again and happy, and tell him that he is not Kamin, but that Kamin's life has been downloaded into Picard so that somebody would remember this culture. Picard/Kamins reaction when he is told this is simply amazingly acted by Stewart, and still to this day moves me practically to tears. Wheaton discussed this episode and said that it was his absolute favorite (along with another called Patrick Stewart centric episode called Tapestry, which I am fond of as well.

Wheaton is now a writer and runs what has been described as many as the most popular blog on the entire internet. He has raised his wife's two sons (along with his wife), and he also spent quite a bit of time talking about using SF as a tool to bond better with children. I do this myself, so after hearing rave reviews of The Inner Light and talking about kids and SF, I was hooked. I got a chance to meet him afterward too. My brother, Ragabash, did the artwork and some of the writing for a book that his friend, Ryan, recently published, called Finis. A common friend gave Wheaton a copy, so Ryan and he had plenty to talk about. Once he was out of the room and the spotlight and not in front of a few hundred people, he left a little Hollywood behind (but not all.

Aaron Douglas, who plays Chief Tirol on BSG appeared on a panel with Richard Hatch, who played Apollo in the original Battlestar Galactica, and who now plays Tom Zarek in BSG. I don't think that Douglas has done many conventions. He was very animated and had the audience in stitches a few times, but at other times he would just forget about the audience and grill Hatch a bit about his experiences on the sets of various productions. I was very disheartened to learn that as the show moved closer to wrapping, the production company trashed the sets that they would no longer be using. Douglas said that the day after he finished filming the last scene that the hanger bay would be needed for, he went back the next day to steal some stuff and the whole thing was gone. He then went into the CIC set and saw front-loaders pulling it apart and putting it into a dumpster. Why is this sad? Because Douglas and Hatch took it to mean that there would be no BSG made-for-TV movies coming out. We have speculated about this in the past. But Hatch and Douglas said that they have not been approached about doing any other BSG movies, and as far as they know, there are no plans to ever do any. Man, that sucks.

There were the following present: Michael Berryman, Doug Jones, Sid Haig, Erin Gray (hubba-hubba!), Bobby Clark, Herbert Jefferson, Jr., Felix Silla, and lots of others, but I did not meet ay of them. I just saw them at their tables. Honestly, with the exception of the three I actually saw speak and Erin Gray, I would not have been able to pick these people out of a police line-up, but they had so much crap at their tables to buy that there was no mistaking who they were and why they were there. I also saw some big-tittied Asian porn-type who was trying to get people to buy her crap. She was hot, but she was in the vendor section, so she was not listed in the guest section of the program, and I did not bother to get her name.

Overall I was happy to see a successful con in Sacramento. And make no doubt about it - this one was a social success. I hope it turns out to be a financial success too. We definitely needed one here. This town has always had a pretty big interest in SF. The major booksellers all have hugs SF sections here; bigger than some others I have seen in other town's stores. And we have not one, not two, but three (count 'em, three) Star Trek tribute bands. Well. OK. Maybe we have two. I think one went tits up. But hey, that's like three more than any other town I am aware of. We only have one active fan group, and I have never joined because it seems to be nothing more than a monthly get together for watching movies and eating popcorn. But I think that they had something to do with it (I saw the girl that runs it wandering around with a staff badge, so maybe I will reconsider). Basically, a good time was had by all, and nobody but that porn whore was really trying too hard to get my money. Nice.
Something is about to happen, Hal. Something wonderful!

That's too bad about BSG, i think it's a HUGE mistake...the new series will not top it...

I'm always glad to see Richard Hatch in the media speaking about BSG. That guy is the number one fan of the show...

I seem to remember having looked at Wheaton's blog a while back. He'd been hobnobbing with KJA, so I never went back.

SandChigger wrote:I seem to remember having looked at Wheaton's blog a while back. He'd been hobnobbing with KJA, so I never went back.

He's a businessman, and he loves SF. Im sure it was just a business thingie. At least I hope it was. I like his blog and used to go there quite a bit.
Something is about to happen, Hal. Something wonderful!

As much as I love BSG (look at my sig) I think its a good thing to end it while its good.

ugh, just imagine if one of those film length episodes was made by KJA.
Top

Great px Omph! Sounds like it was a lot of fun.
Top 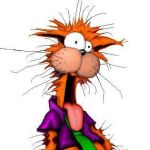