I found this review on another SF site and wanted to comment on it here (as I did there). About Seven Suns, someone said:


I would not like to give away much of the plot, but it is a series, all interconnected, so not just individual novels set in the same 'universe'. The whole story is told in 7 books. The whole gist of the story is that mankind uses a 'found' technology to convert gas giants to stars, and as such destroys one planet of an advanced species of beings who live there. There are multiple species throughout the galaxy, and this embroils all in a galaxy-wide war. There is good character development, good plotting (all seems to be consistent so far), mostly space battles, and some innovative ideas. I have been very pleased so far.

I had no idea what these things were about until reading this synopsis. Now I know that the whole thing is like 5K pages long, but doesn't this sound like a rip off of the Dark Phoenix story in Marvel's X-Men from the eighties? Isn't that what the conflict in that was all about? And maybe a bit of a rip off from Clarke's 2010: The Year We Make Contact? [/quote]
Something is about to happen, Hal. Something wonderful!

As I've been saying for some time now, it also pinches key elements from Dan Simmons' Hyperion Cantos: The Muir Templars, the flying trees, the Ousters, the Hansa is essentially the Hegemony; the Jovian planet with a breathable atmosphere.

The Ildirans are basically humans in rubber suits (alien drag, it's all the rage!); the more extreme aliens (Hydrogues, Faeros) have silly names. And the Chicklets (Klitless? Klickiklickis?) alien robots....gah.

I bought a paperback copy of Hidden Empire recently because I left the hardcover the hack sent me back in the States and I really wanted to see if it was as bad as I remember it being when I read a few chapters last summer, couldn't wait.

It is bad. And it's a rip off of a LOT OF THINGS. The only creative thing about it is the way in which Kevin has combined the innovative ideas of others into his own seemingly never ending saga of shite.
"Chancho...sometimes when you are a man...you wear stretchy pants...in your room...alone."


Amazingly, this book may well sell! Anderson has a Star Wars and Dune following of those who do not (or cannot) discriminate between his spin-offs and the original classics, and I dare say they will follow Anderson through his Saga of the Seven Suns. Hopefully along the way they may discover that there is some good SF being published though Hidden Empire is not one such work. You have been warned.

Here's a bit of trivial trivia for you as well: Kevin refers to his pseudonym, Gabriel Mesta, as a character in the novel.

WOW! I mean FUCK WOW! Thats the largest ego i've ever seen! I wonder how Kevin can pass through doors with that massive swollen head of his. 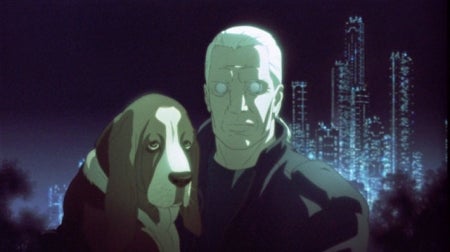 "But if self-replication can be considered a life-form, then intelligence should be, too.
The real problem is that "life" is such an unscientific word" - Masamune Shirow
Top

Here's a bit of trivial trivia for you as well: Kevin refers to his pseudonym, Gabriel Mesta, as a character in the novel.

How Stephen Kingian of him.