Anyone following the X-Prize? This was a several year long, world-wide competition to develop, design and build not only a car that will get over 100 mpg, but to do it in such a way that mainstream auto makers would show an interest in adding further R&D afterwards. In other words, nothing that is unmarketable or that the public would outright reject. The car also had to pass established safety tests, be able of keeping up with modern traffic, and be capable of stopping within statutory safety guidelines for similar weight class vehicles. My company funded this thing. The award was just given earlier this week. Here's a site:

There were three categories: Tandem (like a tandem bike, passenger behind driver), side-by-side and traditional passenger auto. The three of them split a $10M prize. That's the largest prize ever given for an automotive competion of any type. I've been following this with a great deal of entheusiaism, not only because it's great publicity for the company, but because I think its a really worthwhile endeavour.
Something is about to happen, Hal. Something wonderful! 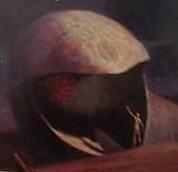 That is certainly a good area of research. I like the tandem bike one, looks like it has wheels that stop you from falling over in a tight turn.
I deleted some of your posts because they were derailing the topic and not focusing on the issues asked, and instead going after the authors or their material. That's why. ~ BM
Top
Post Reply
2 posts • Page 1 of 1